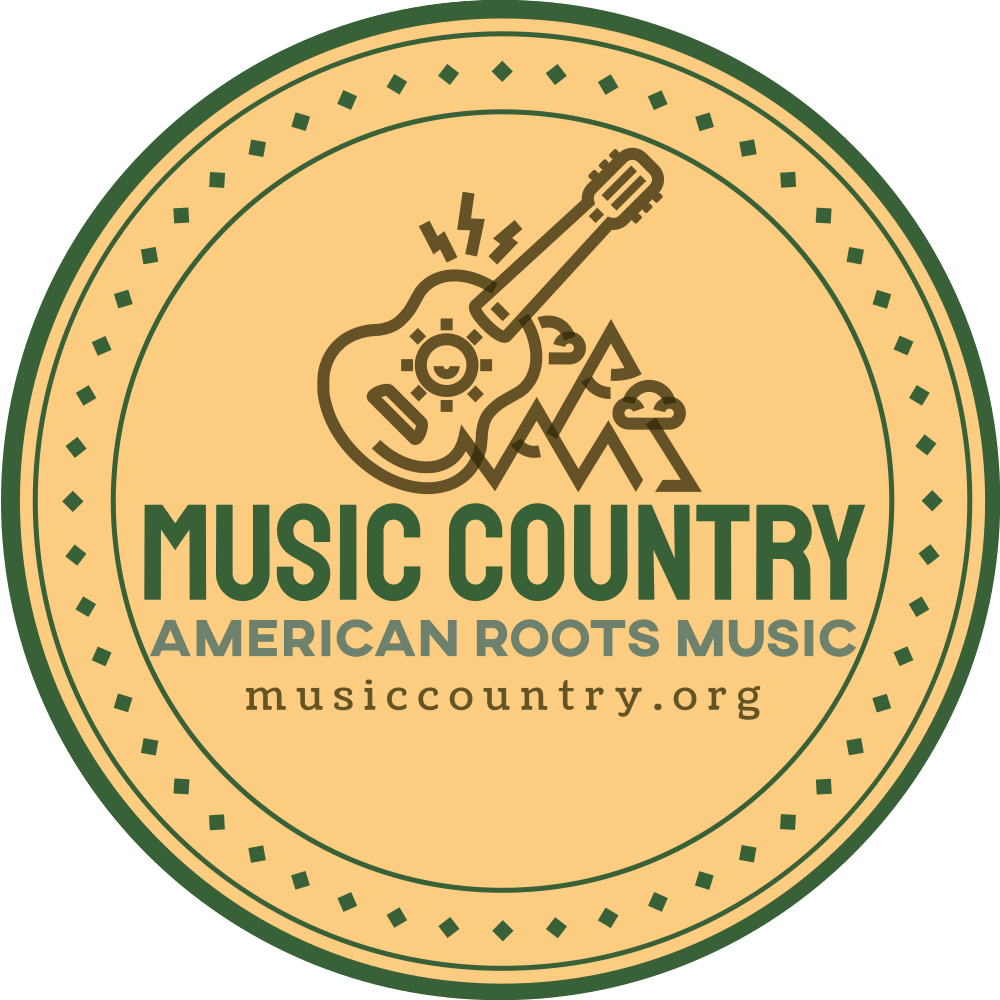 June 26 from 11am to 5pm Governors Island, NYC Porch Stomp is a free outdoor festival of Americana and folk music & dance that takes place on Governors Island annually. You will also be able to enjoy some of the programming from home via live streaming and post-event streaming. Music Country will present a program with representation from four American Roots traditions at this year's Porch Stomp: Bluegrass, Folk, Banjo & Vocals, Blues. The schedule is below. Come to Governors Island on October 10th to enjoy this and other great Porch Stomp programming! Or check back here and on our Facebook page for live-streamed video and archived video.  ❧ Reserve a free Porch Stomp ticket ❧ Buy a ferry ticket ❧ Come enjoy the programming on the Music Country stage at Porch Stomp 2021! 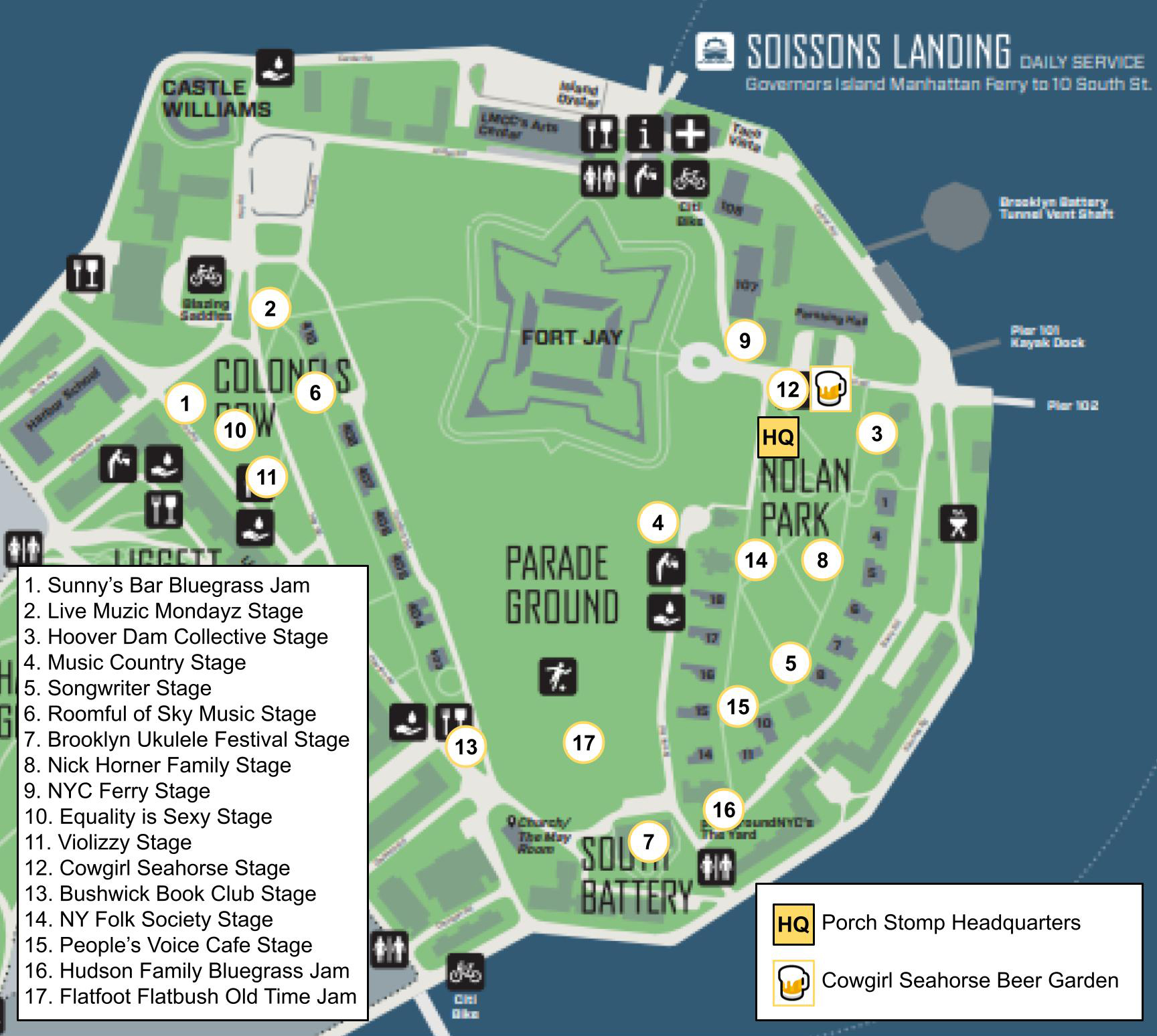 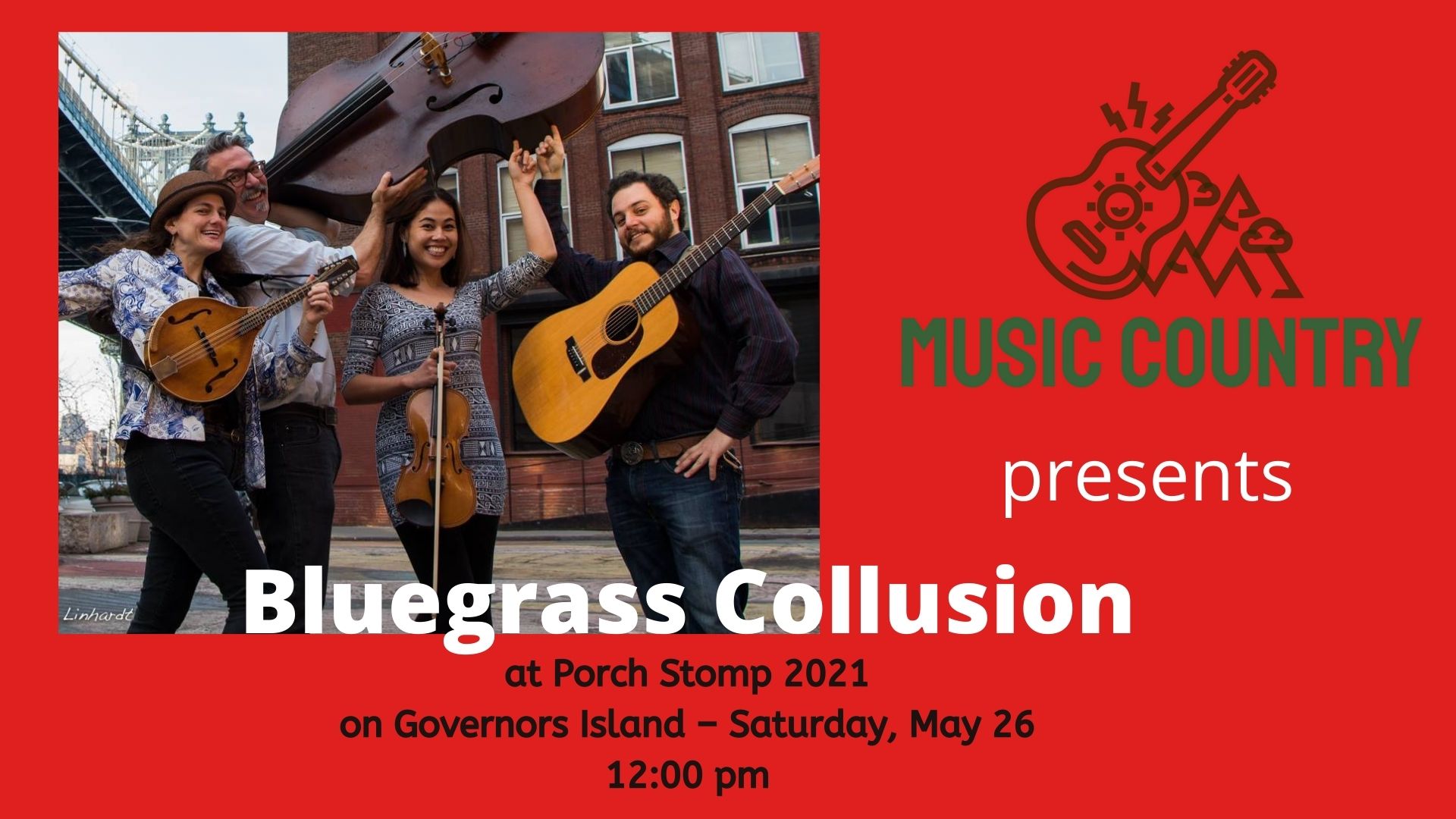 1:00 Folk Inspired Songwriting Nate Sabat is a JUNO-nominated bassist, singer-songwriter, arranger and instructor based in Brooklyn, NY. He is a founding member of the award-winning bluegrass band Mile Twelve. A native-New Yorker, he attended LaGuardia High School as a vocal principal and went on to study upright bass at the Berklee College of Music. He has performed on stages throughout Europe, Japan, New Zealand, Australia, Canada and the United States, at festivals including Celtic Connections, Greyfox Bluegrass Festival, ROMP and Four Corners Folk Festival. Nate's bass playing -- while rooted in American string band music -- goes far beyond any preconceived notions of the instrument's role within the genre. With laser-beam intonation and a relaxed, vocal sound, Nate takes full advantage of the entire range of the instrument. Equally comfortable playing pizzicato and with the bow, he's unafraid to explore the never-ending variety of sounds and textures the bass has to offer. With his ability to pay close attention to detail and quickly internalize musical form and feeling, Nate has become an in-demand sideman on stage and in the studio. He has worked with artists such as the T Sisters, Tony Trischka, Darol Anger, Honeysuckle, Jeff Scroggins & Colorado and Zoe & Cloyd. 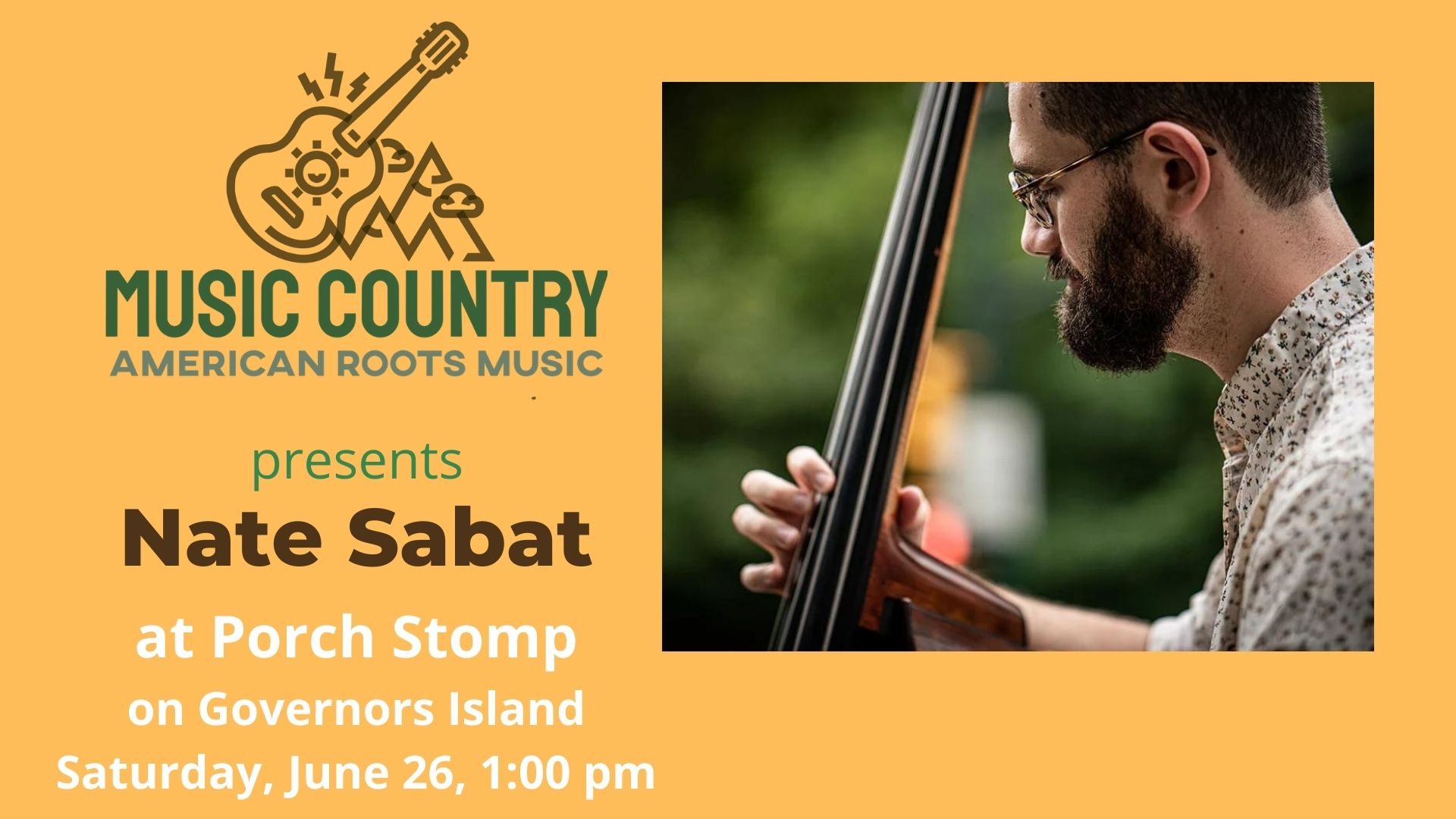 2:00 Banjo & Vocals Hilary Hawke is a versatile act, singing and playing banjo to rouse audiences and gather community, and can also equally entertain a sit-down listening crowd.  Hilary is also a member of the Wild Goats who were accepted for one of the State Dept. tours set to begin in December 2021. 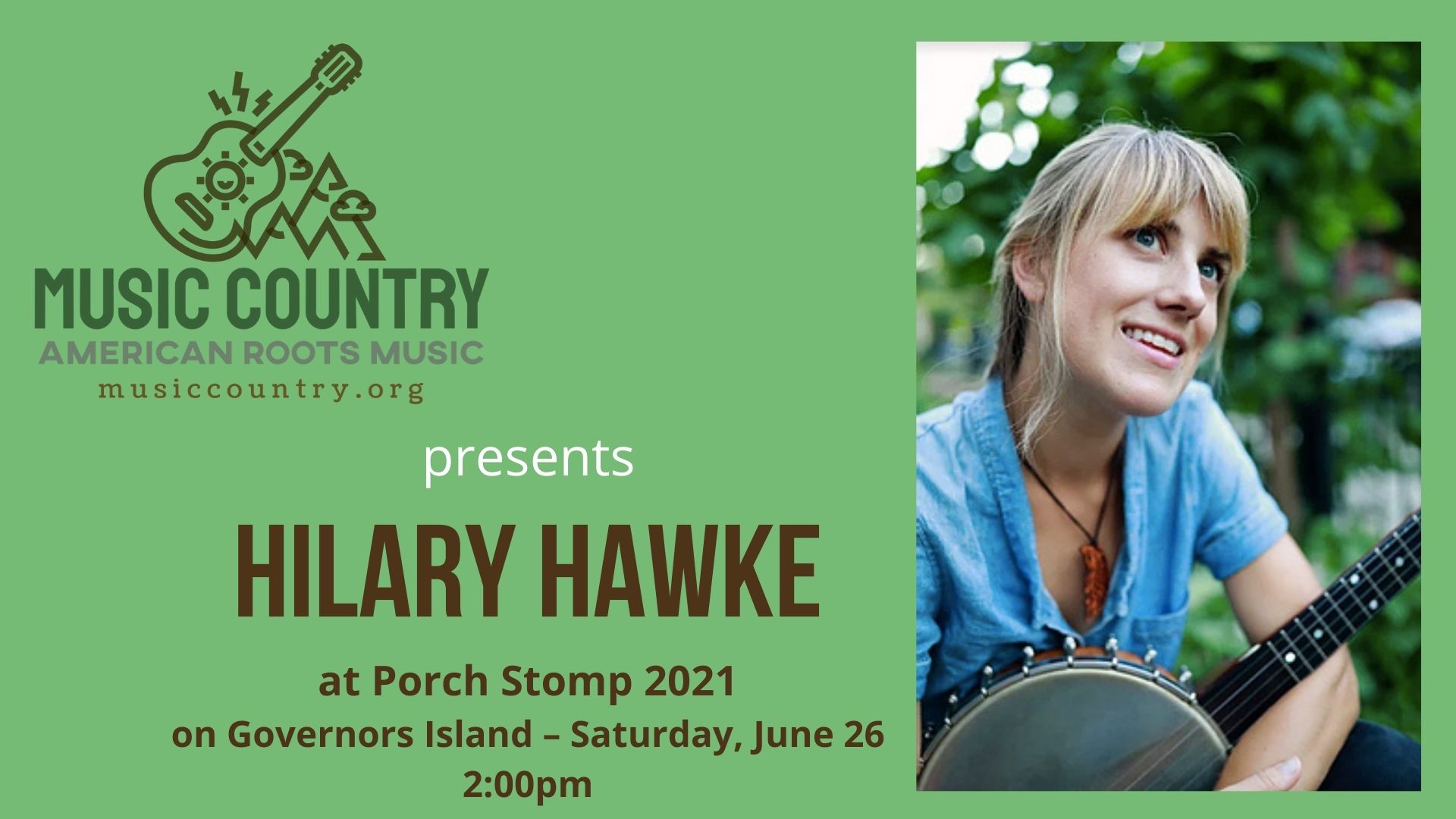 3:00 Blues Marcus Jade is a blues musician, songwriter, and poet. Born in Indiana. Currently in Brooklyn, NYSince moving to New York City, he zeroed in on his love for blues music, and began writing and performing as a solo act. A tremendous presence in the Brooklyn DIY music scene, Jade  He has also performed at hundreds of Artery shows across the country. His music cuts to the heart of blues, staying true to its roots while seamlessly incorporating modern elements of folk and rock and roll. 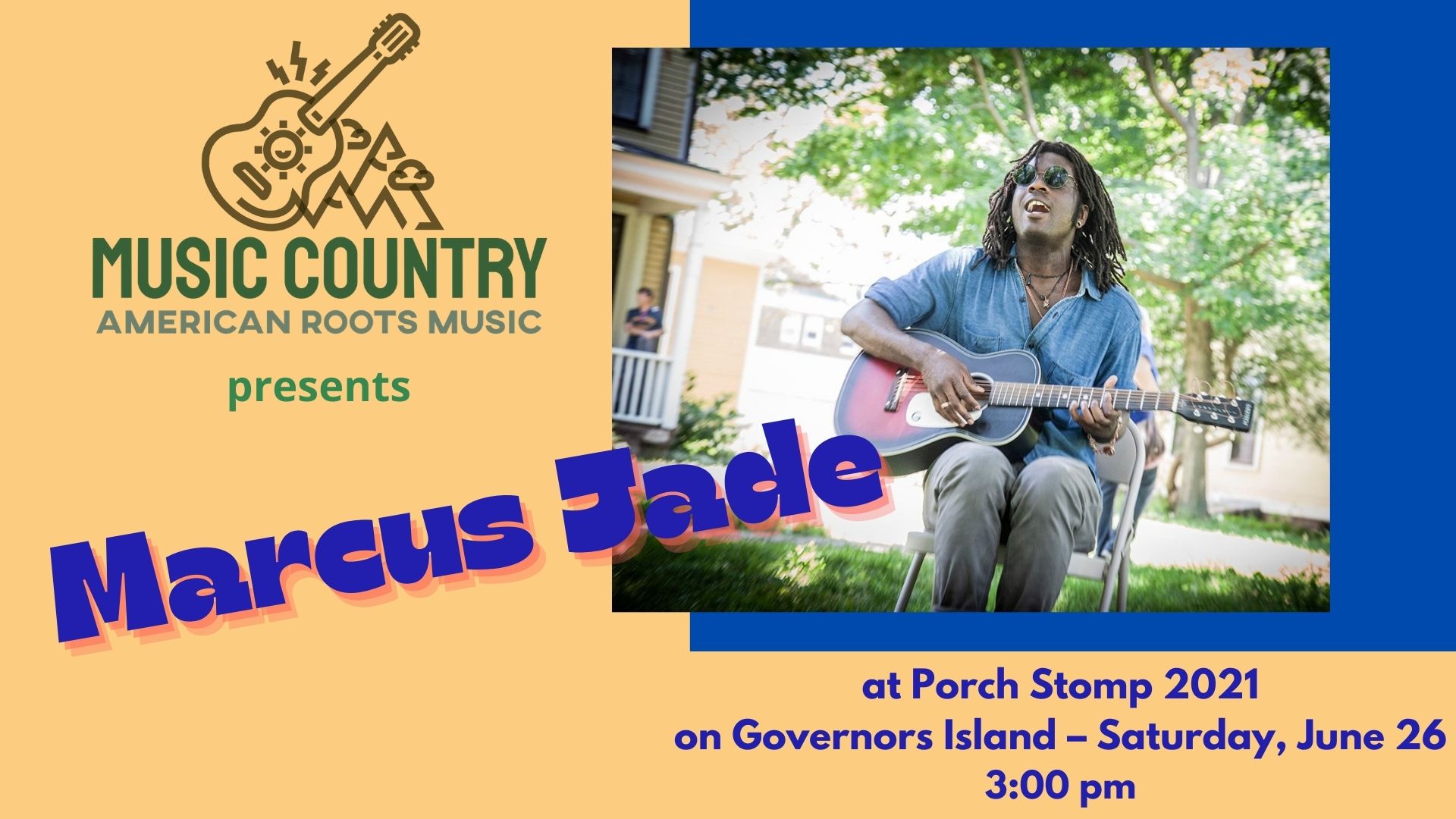 To find out about future programming from Music Country, sign up below for our newsletter.